“Discs of the Sahara”. Installation

Another type of geometry – celestial geometry – is present in “Nomad Maps II” by Irene Dubrovsky, who evokes the sidereal spaces of the Northern Hemisphere, as seen from the Sahara Desert. The installation consists of a series of suspended paper discs; their surfaces contain maps whose grooves mark the placement, movements and relationships of remote planets. At the same time, the writing of heaven is understood as sheet music, where the location of the astral bodies is the equivalent to the notes; their position in space and time allows sonorous interpretations which spread, pass tangible limits and metaphorically connect the Cell with the vibrations of some distant unknown worlds. (Helena Braunštajn)

Contemplation of a starry night in the desert is represented in the collection of suspended Discs, like a system of circular star charts. Through perforations and grooves in the discs (the path of displacement of the stars in the sky), maps/sheet music are created, which are transferred to a system of musical reading, a “pentagram” to be played on piano. The result is a soundtrack which creates the Music of the Stars. 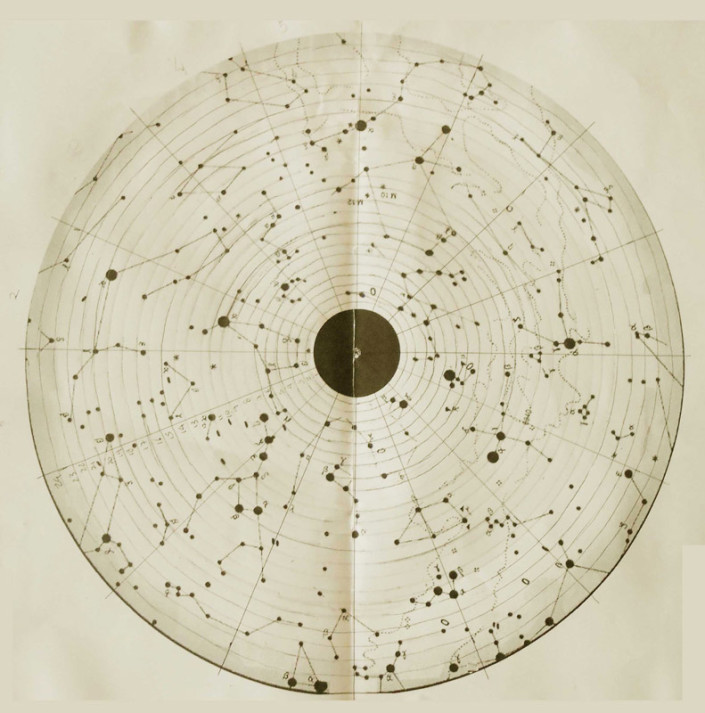 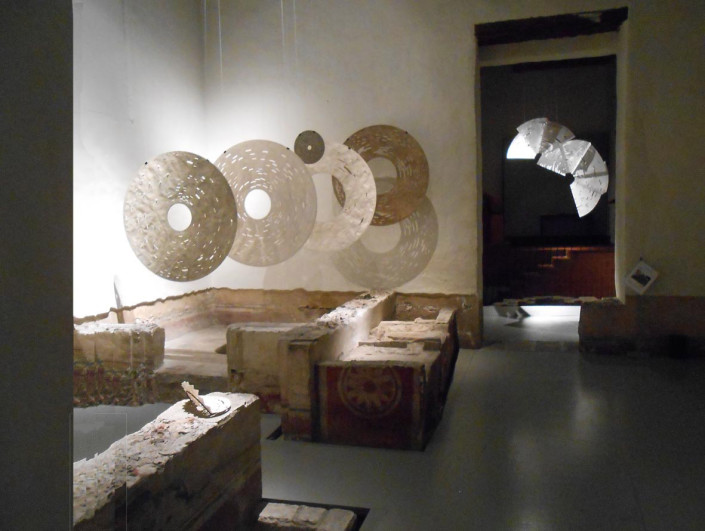 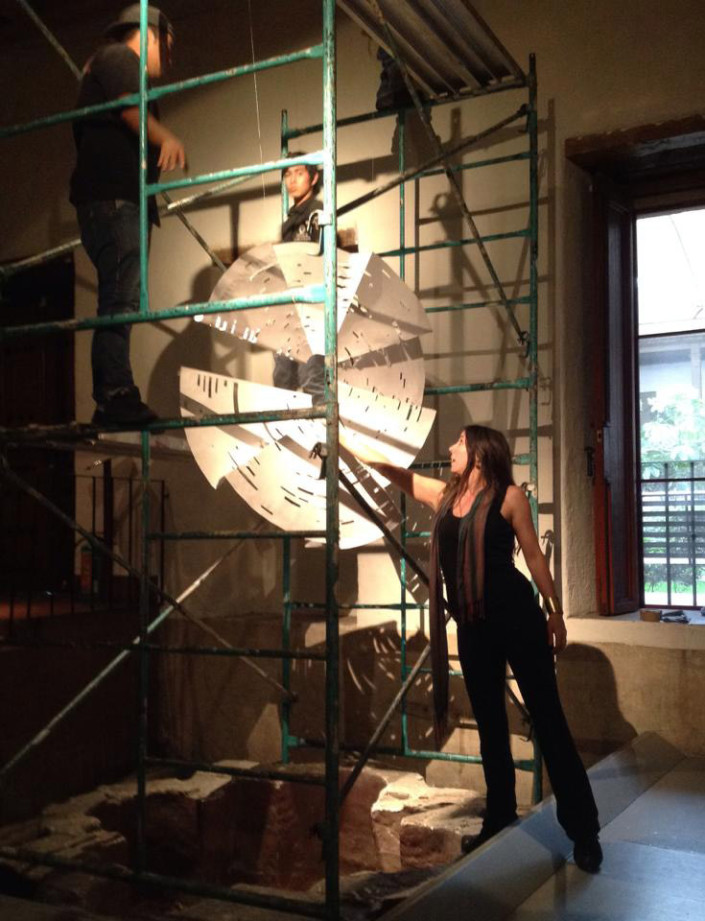 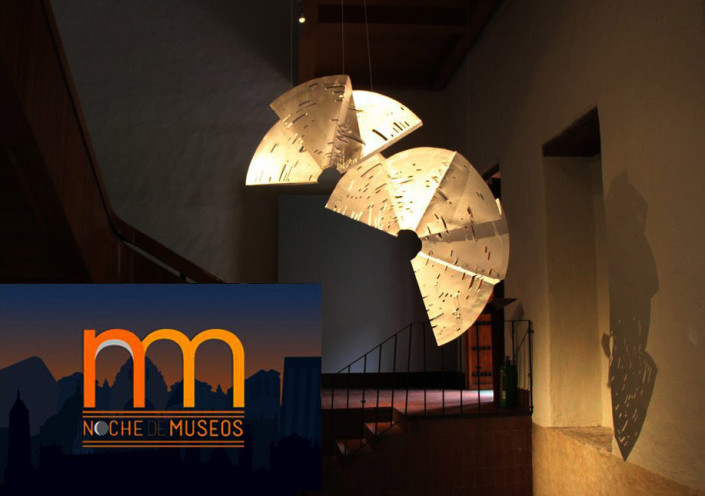 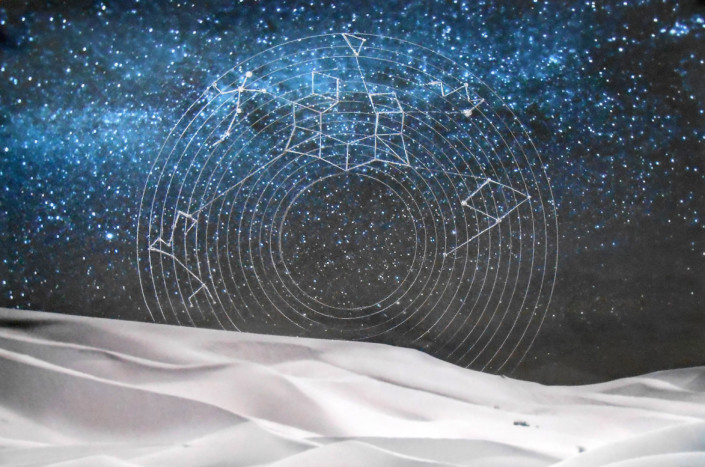 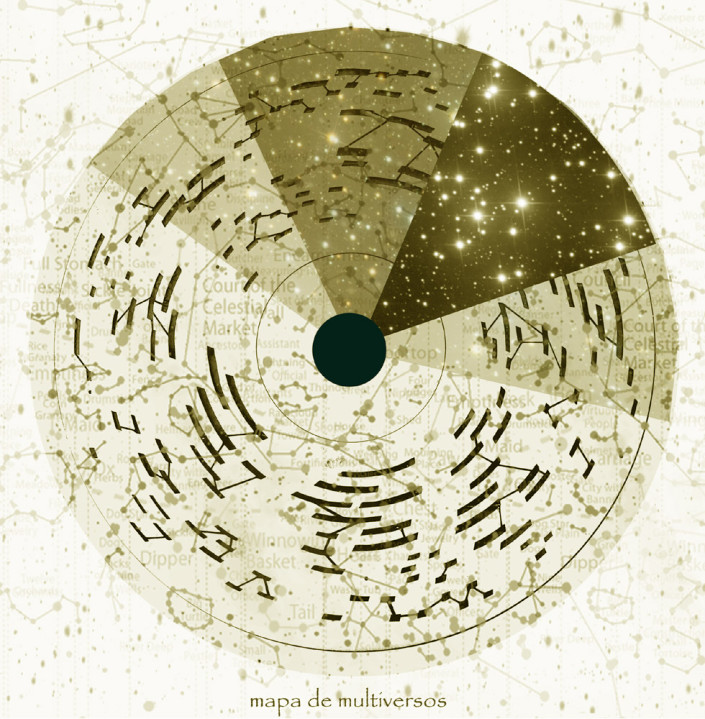 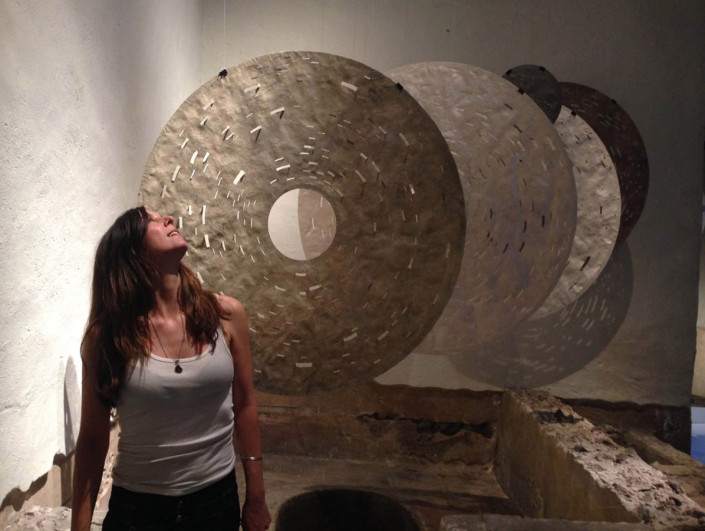 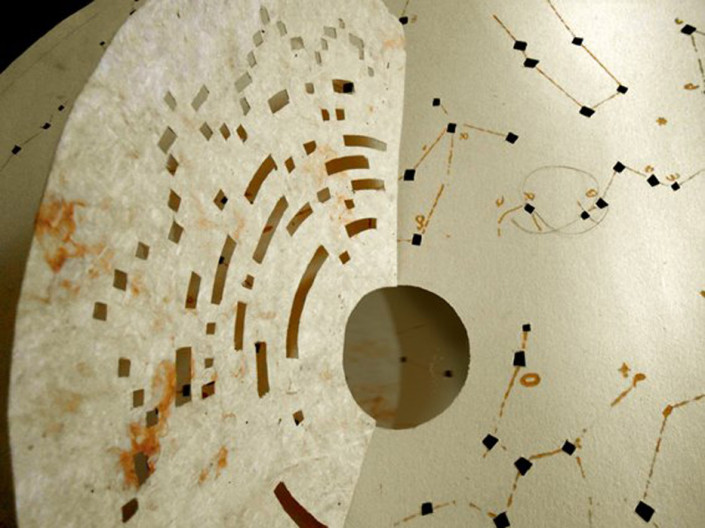 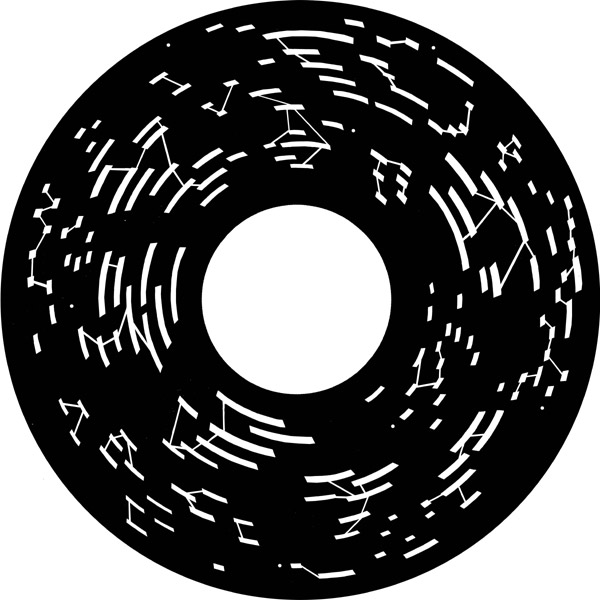 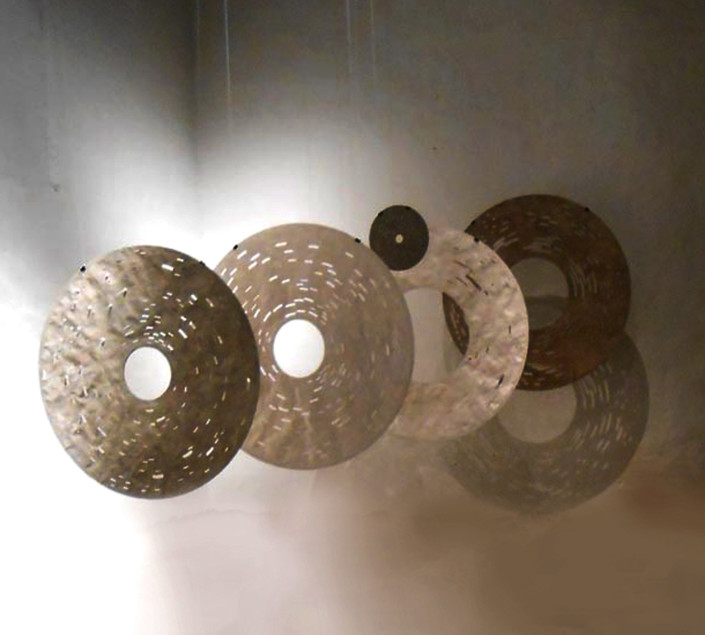 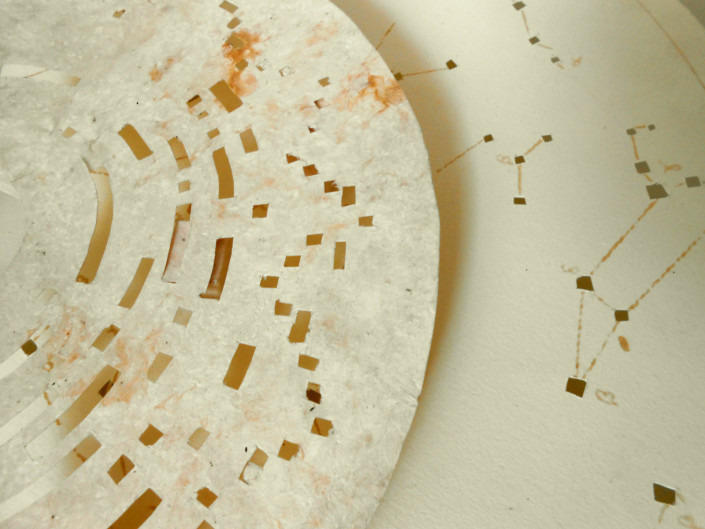 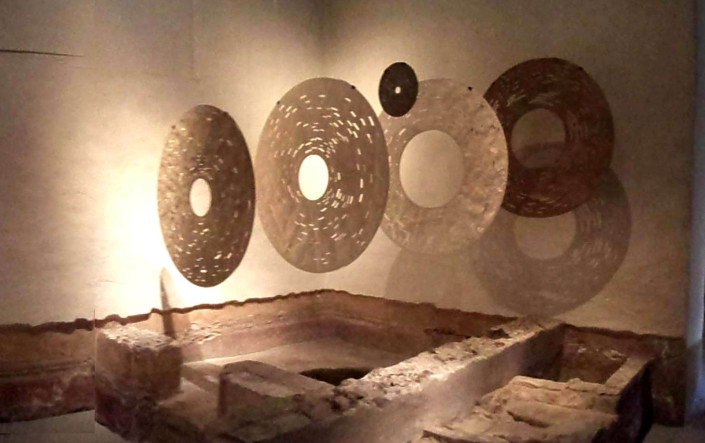 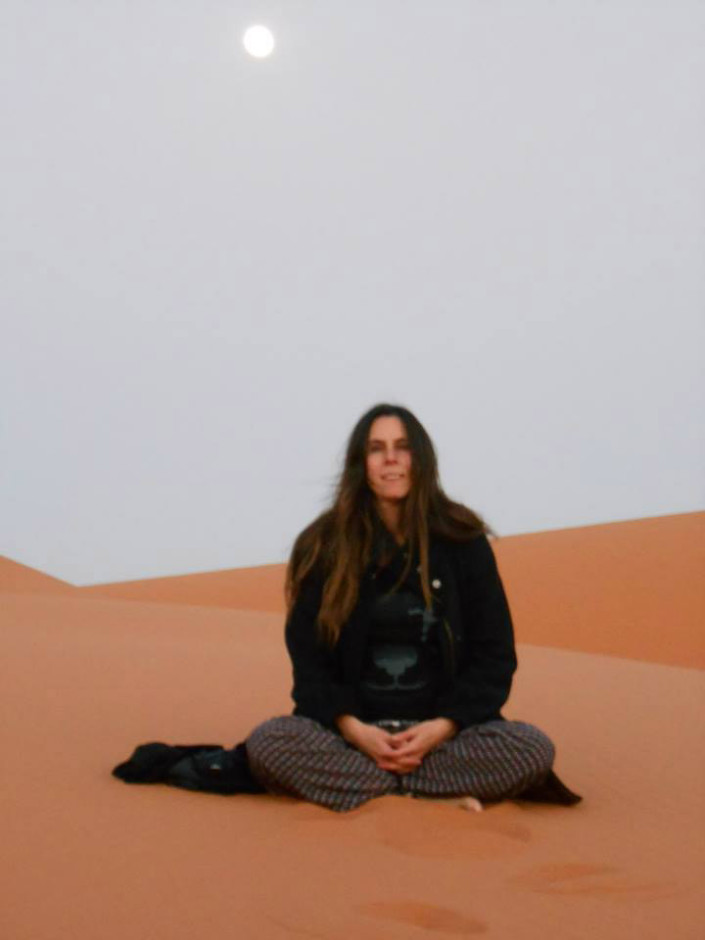 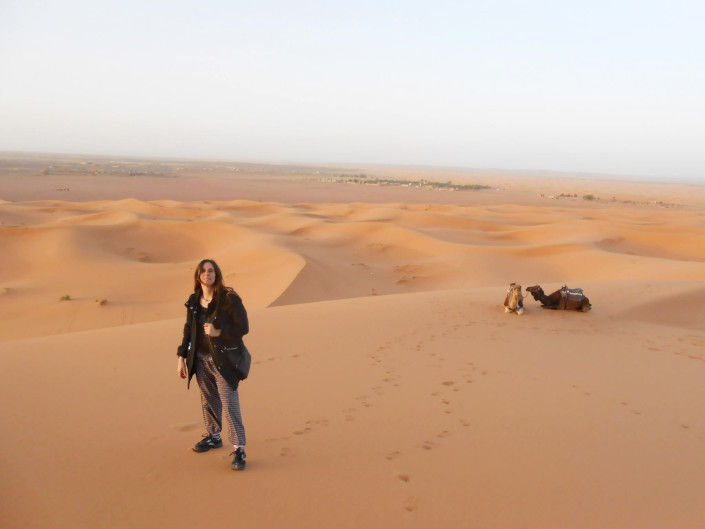 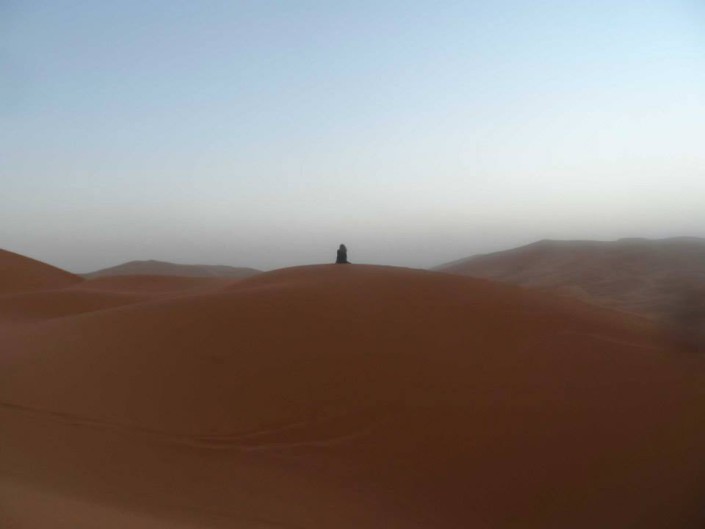